From Theory to Practice

The old adage is that people learn from their mistakes.

"Not if they're not resilient," observed James Avey, College of Business management professor. In fact, determine how and why some people counter adversity successfully, while other concede to it, has been Avey's research focus for more than a decade.

"for years, it was thought that you could not develop resilience, either you were born with it or not," Avey said.

That unfounded hypothesis led to Avey's work with thousands of study participants to determine what types of affective and cognitive processes are used by those exhibiting resilience and whether they could be taught to - and learned by - other individuals.

“Resilience: noun, ability to recover readily from illness, depression, adversity, or the like; buoyancy.”
—Dictionary.com

"As the grandson of a survivor of Pearl Harbor, it is very meaningful to me to help serve a group of people who serve us all," Avey said.

Avey's research began with the United States Army in 2005, as a way to assess whether former service members and servicewomen could develop increased resilience in battling the debilitating effects of post-traumatic stress disorder (PTSD).

“In theory, I knew that resilience should help PTSD,” Avey said. His research found, undeniably, that everyone is “born with a certain amount of resilience potential and the ability to change it. How much it's developed depends on a number of things including how much work you put into it."

Some four-years ago, Potentia Labs, based in San Diego, California, approached Avey with an idea to develop a product based on his research. Intrigued, Avey wrote three courses for the company's e-learning platform.

"They allowed me to do testing, retesting, and validate the science to make sure that it works," Avey said. Supported with $967,000 in funding through the VA Center for Innovation, the company unveiled the Potentia cloud-based, computer-training program, including Avey's research, in July 2017.

"Most of the available options were aimed at addressing what's wrong in veterans' lives," CEO Milner noted. "Our approach is more in line with the 'warrior' mindset: building on veterans' existing strengths to help them become the best version of themselves."

According to Avey, Potentia combines the best science with the most adaptive developmental technology available. It works so well, in fact, that is spawned an 18-month trial, now underway, through the VA San Diego Healthcare System. It involved 250 former service members to determine whether the training will be accepted and used by their peers.

"This participating will not be forced to us it but it will be made available to them," Avey explained. "There are three metrics that matter. First, will veterans voluntarily use it and then reuse it and at what rate? Second, to track how it affects and betters their psychological well-being. And, third, to determine whether it leads to an increase in veterans' use of additional treatment measures." 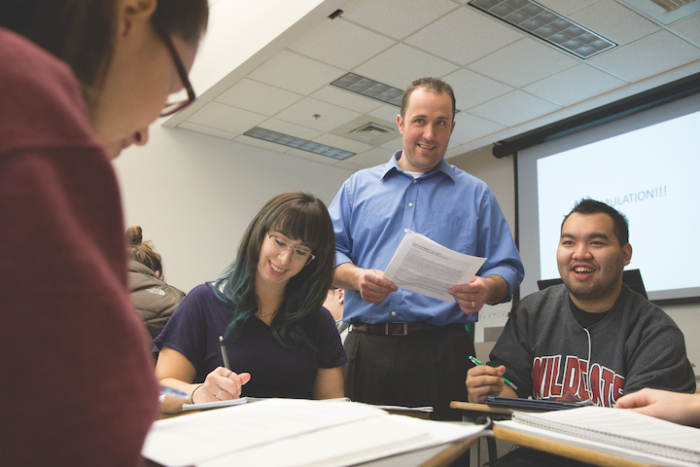 Avey was also interviewed by the Wall Street Journal for an article, titled, “Why Resilience Is Good for Your Health and Career.”

Since the Gulf war began in 1990, as many as one in five former servicemen and servicewomen have experienced PTSD to some degree, according to VA statistics. That number, hover, is difficult to validate for a variety of reasons, including the multiplicity of symptoms, from chronic pain to being easily startled to irritability, such as avoiding people, place, and things.

Typically triggered after experiencing a terrifying and potentially life-threatening event, the first PTSD diagnoses were made in the 1980's, pertaining to Vietnams War-era veterans. Many of those diagnosed then are still suffering some impairment, decades after their combat service ended.

Their younger comrades from this newer generation of veterans are found to be even more reticent to seek help, particularly at a specific VA medical facility, and studies suggest that, of those who do, a significant number fail to return after their first appointment. Through its online platform and companion mobile app, Potentia can reach veterans anonymously wherever they are.

"This looks promising, especially considering the significant challenges that the VA is having on getting any movement pertaining to PTSD treatment," Avey noted. "We're confident that it works. We just need to find out if it will work on veterans who often don't want to seek help."

Avey's research, and the resilience training developed from it, may also soon pay dividends for some of his CWU students - and their peers at schools around the world. In conjunction with the course involving a competitive business simulation he taught last year, Avey analyzed the extent to which resilient students adjust to and recover from inevitable classroom failure.

"I suspect, and the data seems to be moving this way, that those high in resilience recover from setbacks faster and more comprehensively because they know how to 'win' and to do well," Avey said. "it's not to the level of PTSD but, to me, this does matter, as it pertains to a larger segment of the population. It could help students - particularly first-generation college students - avoid dropping out, carry on, and complete their college degrees."

He is now compiling and analyzing this new data, with preliminary results and findings expected by the end of this year.

"Academics produce research, mainly, to contribute to the body of knowledge," Avey argued. "Practitioners then take that knowledge and apply it. I'm gratified that my work is helping to bridge that line of separation and may help changes lives. This is where we make an impact with the research we do."