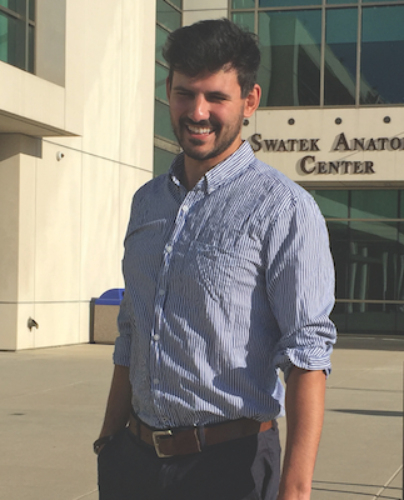 When Gabriel Dominguez left two special-needs orphans, Juan and Carlos, in a Mexican orphanage back in March 2017, he vowed to return. The bond he forged with the then nine- and ten-year-old brothers became a lasting friendship.

That June, Dominguez graduated from CWU’s Clinical Physiology program and married his wife the following month. The couple applied to graduate schools, hoping for admission to Loma Linda University in California, where they would be closer to Juan andCarlos.

“We could then visit the orphanage more frequently,” said Dominguez.

Last December, they traveled to the orphanage for a short visit.

“I think it was good for us both, to bring together the two things that are very important to me,” said Dominguez. “The boys were super fired up when they saw me, almost as fired up as I was."

Sadly, in the nine months since Dominguez last served as their student “physical therapist,” the boys' walking abilities had regressed. Regardless, Carlos and Juan were eager to begin therapy again.

Dominguez’s experience working at the orphanage inspired him to continue his studies with a focus in pediatrics. He and his wife started their programs last June and are currently attending their top choice, Loma Linda University. She will attend medical school while he pursues a doctorate of physical therapy.

“We fully plan on making numerous trips back to see the boys and the orphanage,” Dominguez said.