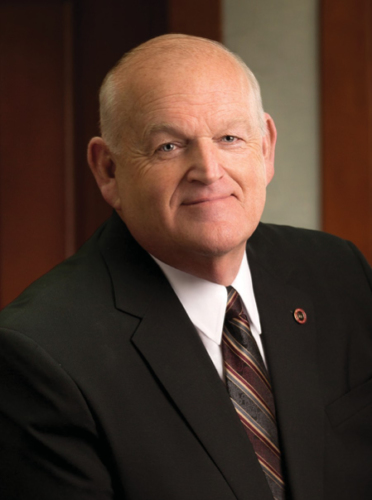 There has never been a more exciting time to be a Wildcat! When I walk around the Ellensburg campus, I see a host of new projects that are the result of the efforts of so many of our alumni, staff, faculty, students, friends, and supporters.

Some, like the recently-completed Samuelson Hall, a state-of-the-art facility for the departments of Mathematics, Computer Science, Integrated Technology and Administrative Management, Multimodal learning, and Sociology, illustrate the University's commitment to academic excellence.

Others, such as the North Campus Expansion projects, including improvements to Tomlinson Stadium, the Campus Recreation Expansion and construction of Dugmore Hall, represent keeping a promise to our students to provide the best facilities for recreation, housing, and athletic endeavors.

Each of these projects became a reality because of an identified need and the sustained support of the Wildcat community. That's particularly true with the Tomlinson Stadium improvements, for which University Advancement is spearheading a fundraising drive to generate the revenue necessary to complete the project. The new all-weather turf field and stadium lights will help transform the stadium into a showcase for our Wildcat teams.

I don't think it is a coincidence that in recent years Central has not only experienced a bit of a construction boom but also seen unprecedented enrollment growth and been recognized as one of the best universities in the west in countless rankings and surveys. Our success is because of the amazing support of the Wildcat family - all of you - who have donated, spread the word, shared your memorable experiences, and talked up our university.

In keeping with the theme of new and improved, I would also like to tease something that we're going to unveil in the spring. Arriving in your mailbox in April 2019 will be a new university magazine we have named Crimson & Black. Replacing CWU Connections, the new publication, which will appear twice a year, includes a host of new features and will be complemented by a new interactive website (CWUCrimsonandBlack.com).